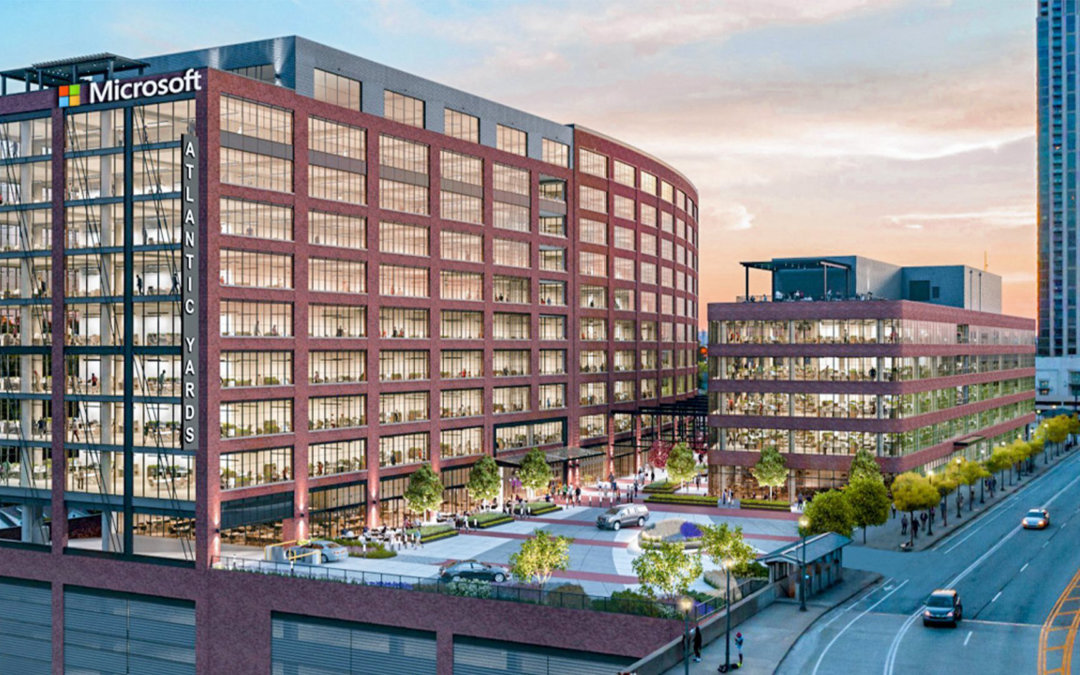 Atlanta has become one of the most sought-after cities to relocate to over the past few years. In just the last two decades, Midtown alone has seen its residential population nearly double. Many are lured in by the mixed living options, comfortable housing cost, and looming career options, but even so, this is just the beginning. Tech companies from all around have considered making Atlanta their new home for some of the same reasons.

Atlantic Station is set to see many new tech-related tenants arriving soon. With the development of Atlantic Yards, which is to be complete this Summer, Microsoft has been confirmed to occupy the entirety of the two-building project by Summer 2021.

Atlanta’s first timber-built office stack, T3 West Midtown, is also set to be complete sometime this year with Facebook claiming their stake of the 230,000 square foot structure along with IA Interior Architects, which claimed more than 7,000 square feet.

Across the country in San Francisco, the median home price jumped from $150,000 to $400,000 in just 5 years when start-ups in the region attracted $5.8 billion in venture funding. Based on home value increase trends that have occurred in other major cities such as Seattle, San Francisco, and Austin, with an establishment of new tech companies, some are anticipating a similar trend in the Atlanta area with the arrival of tech companies such as Facebook and Microsoft. This proved the simple fact that there has never been a better time to buy in Atlantic Station.

It’s clear; the period before tech-employees begin moving into their new neighborhood will likely be the last chance to enter such a promising area at prices like this. Along with the development of these new office spaces, there are several additional entities coming that will further propel the growth of the Atlantic Station neighborhood including Hine’s massive redevelopment of the area and the upcoming entrance of Google, Invesco, and Anthem (all of which have leased hundreds of thousands of new space right next door to Atlantic Station). There has never been, and never will be, a better time to own in Atlantic Station.

If you would like to know more on the developing Atlantic Station neighborhood or want more information how to own at District Lofts, visit www.owndistrictlofts.com/contact or contact us at 404.317.1896.